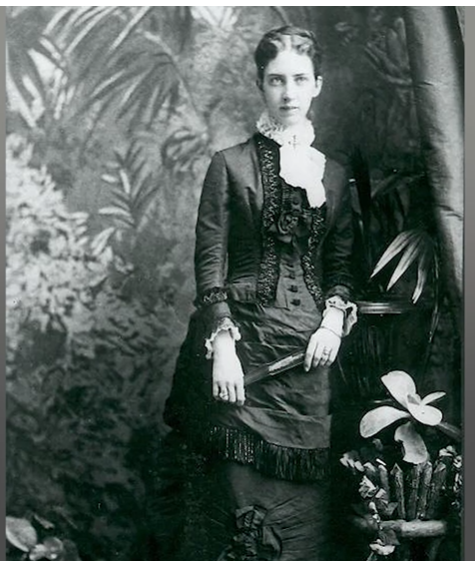 ​Alexander Graham Bell’s wife, Mabel Gardiner Hubbard Bell, was crucial to his success. Thanks to her wisdom and companionship, this gifted but eccentric man was able to concentrate on his inventions while Mabel took care of the practical details of their life together and created a stable and happy family home for their two daughters.

Born in Massachusetts, on November 25, 1867, Mabel Hubbard was the second of four daughters in a well-to-do Bostonian family. She lost her hearing after a bout of scarlet fever when she was five years old, but thanks to her parents’ determination and her own spirit, she learned to speak in five languages and remained an active participant in the speaking world. She attended schools in the United States and Europe before becoming a private pupil of Alexander Graham Bell’s in Boston, when she was 15. Mabel also inspired her father to found the first oral school for the deaf in the United States, the Clarke School for the Deaf, now the Clarke Schools for Hearing and Speech.

Mabel Hubbard Bell’s major contribution to her husband’s endeavors was to form and manage an aviation company, the Aerial Experiment Association, based in Baddeck, Nova Scotia, where the Bells had a summer home. It was on the Bras D’Or Lake, near this small village, that in 1907 Mr. and Mrs. Bell and his assistants launched the Silver Dart, a sturdy little biplane that made the first manned flight in the British Empire.

However, Mrs. Bell is remembered in this remote Cape Breton village as far more than her husband’s helpmate. Mabel Hubbard Bell was a tireless advocate, encouraging women to educate themselves and effect changes in various areas of society, including health, home industries, women’s suffrage, children’s labor and children’s education. Mabel’s lasting contributions include the founding of Canada’s first and longest continuing women’s club, the first chapter of the Canadian Home and School Parent-Teacher Federation, the first Canadian Montessori School and the Baddeck Public Library. She died only five months after her husband, on January 3, 1923, and like him is buried on a hill overlooking the Bras D’Or Lake.